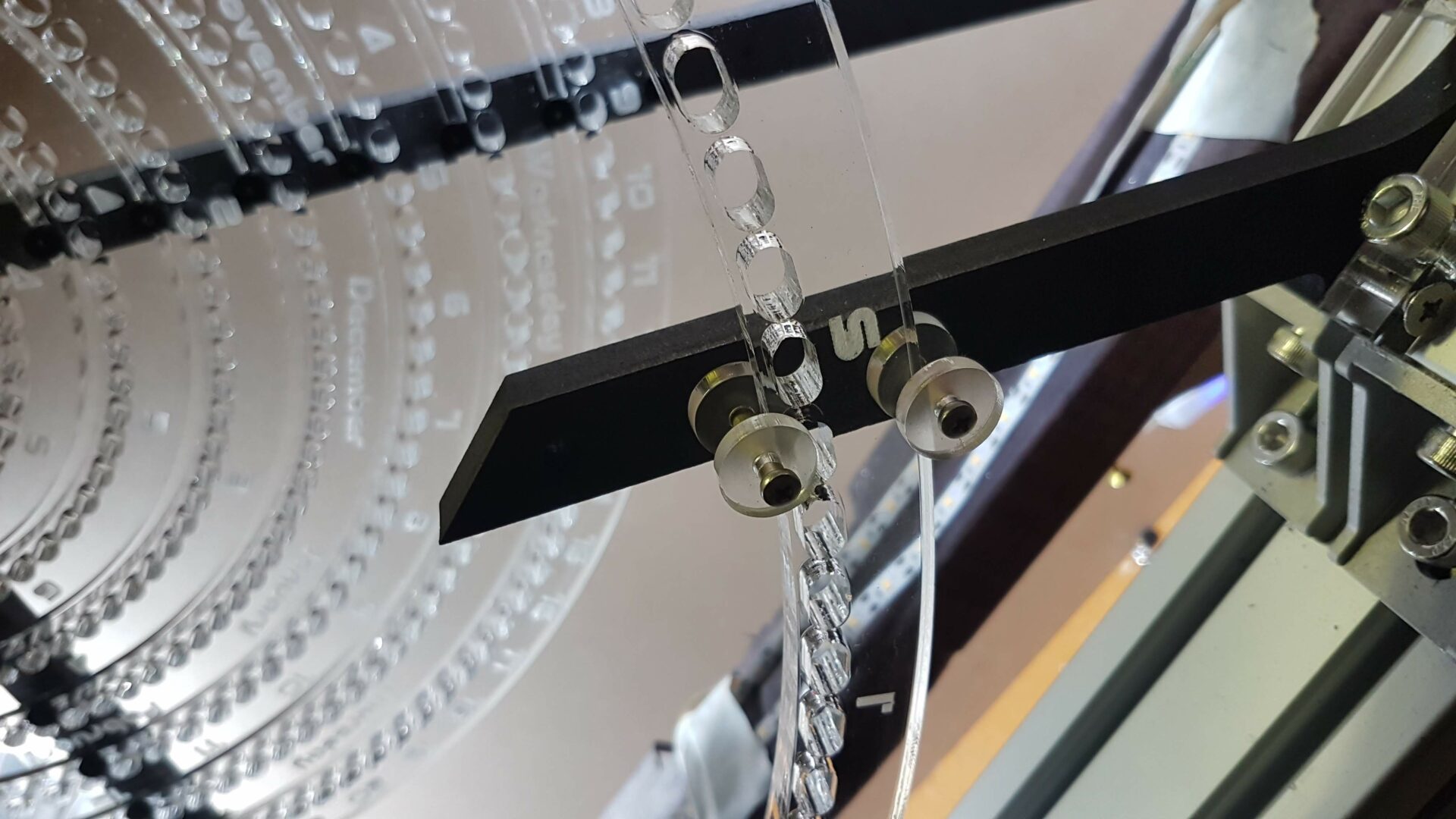 They don’t do right-angles.

That’s the only shortcoming as far as I’m aware (within the scope of what they’re actually designed to do).

This is only really an issue when cutting quite thick material, and only withing specific parts of the design. That thing in the photo though is a bracket (I don’t know the names of things, so I call everything a bracket)… that holds the wheel-holder to the base. Here it is with enshortened arms (proof of concept etc)

Which is quite cool because you can adjust the lateral position of the wheel. There are laser-cut bolt-holes going at right-angles though, but the cross-section of the brackets aren’t right-angular, which is sub-optimal. I think I might need to use a CNC mill for those parts.

I’ve never cut anything like aluminium or acrylic with an CNC mill… I guess it’ might just be a matter of using the bolts themselves to attach the pieces to the identical t-slots of the mill, then skimming the sides. Actually, I’m totally going to do that just to see if I can. There are a couple of pieces in the motor-holding bracket that need the same treatment.

The first-draft of the wheel-holding bearing looks like this

Those little wheels are works in progress. I was initially thinking black obsidian beads… and might still go with that, but there’s a lot of tinkering before getting into aesthetics. So far I’ve tried out about 5 combinations of bearings and brass-tubes for the axles to run in. Getting moving parts to behave is quite an art.

With this particular design though, I only need to get it right once. All the wheels are independent from each other – if one works they will all work.

You see all those holes in the wheels?

These are about half of the pieces of acrylic off-(or thru)-cuts.

I’ve also got a box for abandoned bracket prototypes.

Nothing ever works properly the first time.