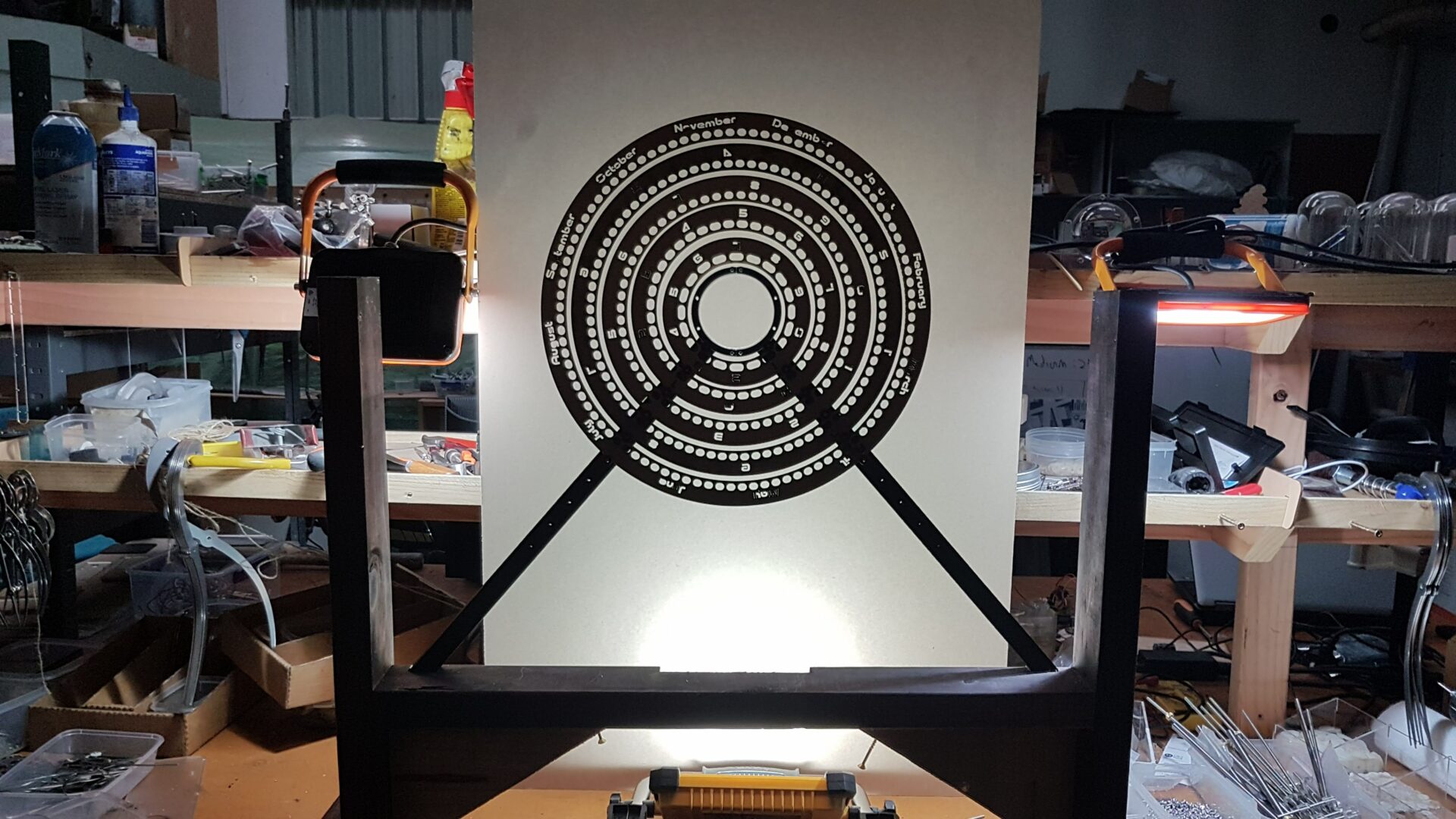 Confession: I’ve been working on this clock for about 2 months now… which has involved quite a lot of false-starts and total re-thinks.

Eventually I strayed into thinking about having a set of completely passive concentric circles, looking something like this:

The wheels turn with CNC controlled stepper gantry, a bit like the ones used in laser-cutters or 3D printers.

This has a whole heap of advantages, a lot of which are to do with not needing to debug gears, or figure out how to do leap-years with hardware. It also makes it a LOT easier for other people to make, which is kindof the point of the whole thing.

Decoupling the gears from each other also makes it a lot easier to make in different materials – eg: you could make one with water-jet cut stained-glass or granite if you wanted. Having the whole thing driven by a Raspberry Pi also opens up a lot of possibilities further down the line – eg: it can do a re-calibration dance every day – checking its time from the internet – which not only solves the daylight saving issue, but means we don’t have to worry about making it accurate to the nearest second over 1000 years. It responds to its environment, like all good sentient beings should.

Anyhoo… this is the first photo of the wheels (initially 4mm thick acrylic) being put into place – this is from a couple of weeks ago. Over the next couple of days I’ll be playing catch-up with progress photos.

I also made a bunch of wheels for the cardboard version to see what it might look like when back-lit, with a different arm-configuration which will (it is hoped) be more stable than the 2 rail one.

Le Moi with the very first version of the gantry, to test whether any of this was ever going to work at all.

The glasses are for protection from stray laser-light, or at least that is what I tell people. Everything in the photo is back to front because life’s just like that sometimes.